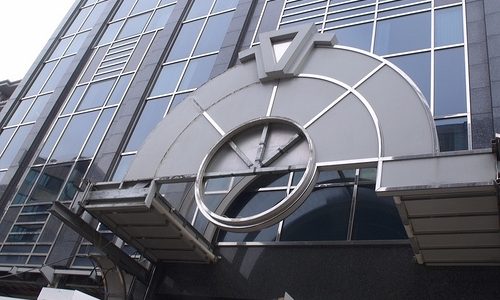 Most companies advertise a statement of purpose, often on their websites, as a mission statement that describes how they provide a valuable service to a certain set of customers. But it is no secret that the way they are actually managed could be quite different. What keeps CEOs awake nights is not how much value is being delivered to the customer but how to beat the next quarterly expectations of financial performance. This mismatch has been the elephant in the room for what seems like forever and when a conversation starts about it, you can be sure that someone will quickly change the subject or treat the situation as perfectly normal.

So a recent announcement in the US by the Business Roundtable came as a bit of a surprise. In essence, this statement of purpose of a corporation removes the shareholder from their erstwhile position as primary stakeholder and now explicitly includes customers, employees and the community as worthy of equal consideration. It took the group of executives an entire year to formulate the announcement and all members (barring a few) put their signature to it.

The Business Roundtable represents close to 200 companies with collective revenue of more than USD seven trillion (that’s a third of the country’s GDP) and employing 15 million employees (about one in twenty people in the US).

When the leaders of companies that represent such a large proportion of the economy make a statement it would be reasonable to expect everyone to sit up and take notice, and initial reports did indicate some enthusiasm. But after reports in the media on the day after the announcement, the news sank like a stone. This may be just that this isn’t really all that important compared to other news. It could also reflect a deep cynicism on the part of the general public. But perhaps these events warrant a closer look.

Some of the reports identified the source of the shareholder primacy view as an article written by Milton Friedman and published in the New York Times in 1970. However, the law has held this view for a long time before that. At the beginning of the century the Ford Motor Company progressively reduced the cost of the Model T and at the same time increased employee wages. When new investment was required, when Henry Ford tried to reduce shareholder dividends to pay for investment in new plants, minority shareholders took him to court. In 1919 the Michigan Supreme Court ruled in their favour stating that ‘a business corporation is organized and carried on primarily for the profit of the stockholders’. Friedman’s article, published fifty years later, merely served to popularise an already well-entrenched view.

So why did the Business Roundtable see fit to make this announcement? According to the news articles about the announcement, the change in their perspective was driven by the difficulty in attracting and retaining younger employees, who are increasingly in favour of taking up a career with a purpose. And it would appear that operating a business for the main purpose of enriching its investors isn’t quite what they are looking for. But surely it is not just millennials that are voting with their feet. The forces driving social change towards the more balanced stakeholder view include changes the position taken by large funds and increasingly discerning customers, and have been in place for some time, arguably all along.

And why now? A plausible reason could be the awareness, however dimly perceived, that the level of inequality in society changes in a regular pattern with a frequency of around 80 years, playing out as the ‘plutocratic-democratic pendulum’. Inequality in the US as represented by the Gini index, was at a minimum for a couple of decades between 1950 and 1970, and has been rising steadily since. If this observation is valid, we should be approaching peak-Gini about now. Once it peaks, inequality is expected to fall, possibly in the wake of widespread social unrest. The recent increase in charitable activity amongst the super-rich has been attributed to early awareness of an impending peak. It may well be that this is the underlying social trend driving the need for such an announcement.

Whether or not the announcement will have any effect at all on the larger economy rests on a few assumptions. First, the proportion of industry represented by the Business Roundtable would suggest that announcement might be representative of, or might trigger, a broader change. It is also true that business leaders are acutely aware of the unhappiness amongst younger employees and other stakeholders with the current situation. The forces arrayed against the change are formidable, including the judiciary framework, the enormous momentum and inertia of the advisory industry and plain old human greed. Other than the last, none of the obstacles are necessarily insurmountable. One has only to look at the high return on investment that industry lobbies obtain by influencing politicians, public opinion and indeed the law, to protect the interests of their constituencies.

It is possible that this is a somewhat larger crack in the current edifice of interests than we have seen before. As with any complex adaptive system, small changes can have disproportional ‘butterfly’ effects, but the operative word is ‘can’. The question is whether the parties responsible for the announcement have the will and persistence to make it happen. Interest in the announcement was short-lived and I for one won’t be holding my breath.